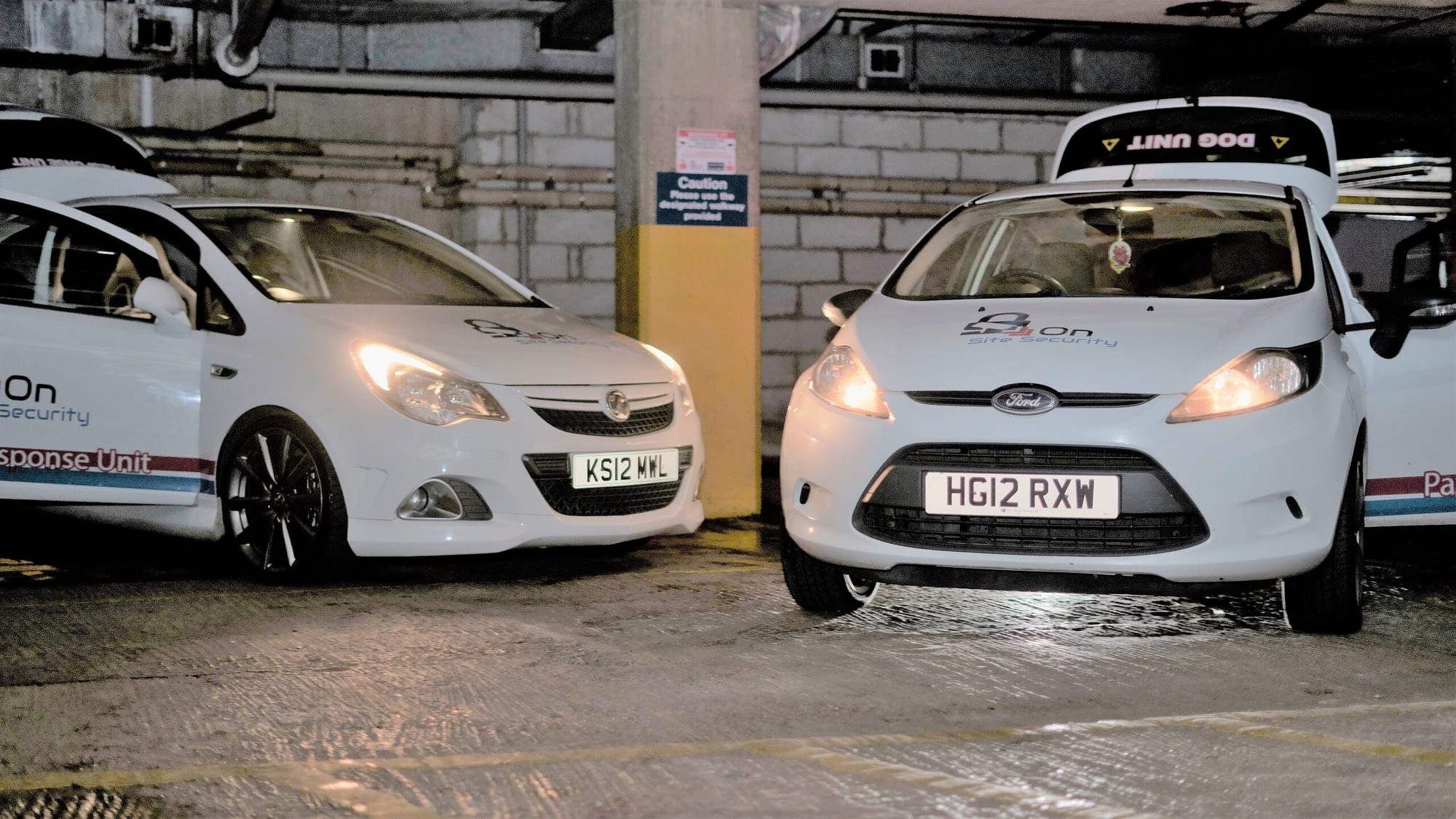 There are two main reasons businesses and organizations employ security guards; the first is to deter any threats like vandalism and theft, while the second is to deal with the issues when they arise. As the security guards are employed to deal with the crime, it is vastly believed that they have the same or similar rights and powers as those who work in the police force.

It is worth noting that security guards don’t have legal authority or more rights than any general public member, and one can even deny speaking to a security guard if he doesn’t want to. Therefore, it is essential to know what a security guard is precisely allowed to do when dealing with people or potential threats.

What is the jurisdiction of a Security guard?

A security guard is always within the legal limitations if he/she decides to detain an individual when there might be a probable cause that shoplifting or any crime has taken place on the premises. However, some limitations may accompany such an authority, which means that the detention has to last only for a reasonable amount of time and should be conducted respectably.

In this limiting language, there are a few clauses that the legal bodies have interpreted in the past, and they come to have some present meanings. The leading cause is limited to a situation where the security officer has observed any individual picking up any merchandise, concealing it, and then leaving the premises.

The phrase ‘reasonable manner’ has a specific meaning that the handcuffs can be used only when necessary for the guard’s judgment. Whether or not an individual is carrying a weapon, a pat-down of the suspect is allowed to determine it. The security guard is also permitted to request identification from the detained suspect.

‘Reasonable manner’ excludes any actions like foul language, improper use of handcuff, verbal threats, choking, any application of pain, or discriminatory slurs. It is also crucial that the security guard takes the amount of time necessary to conduct a reasonable investigation or wait until the police are able to arrive.

It is not considered a ‘reasonable time’ if the security guard delays calling the law enforcement authorities so that their arrival time is extended in an unreasonable manner. When we talk about property protection, a security guard is within the jurisdiction when on the grounds of the facility that the employer owns. If the guard leaves those grounds to pursue someone who may have run through the parking lot, it might be considered outside the jurisdiction of the guard.

Can a security guard make an arrest?

When it is about making an arrest, the security guards’ authority is virtually the same as a private citizen, and not beyond that. When a personal security guard spots a person committing a crime, then he/she has the power to make an arrest. In these types of cases, the security guard must have a probable reason for arresting somebody, for instance, seeing an individual in the act of shoplifting.

Is a security guard allowed to detain a civilian?

Under some circumstances, it might be legal for the security guard to detain the offenders. The security officers may sometimes be also allowed to detain any suspects when there might be probable cause to believe that some offense might already have happened. As soon as the security guard detains a civilian in this situation, he/she is always obliged to contact the appropriate authorities so that they are able to come and make the actual arrest.

Can a security guard refuse entry if an individual doesn’t comply?

A security guard has the right to ask an individual to leave, and if he/she fails to do so, then that individual will be guilty of trespassing. The security guard is fully permitted to ask for the name and address, and the individual has to answer.

If a person fails to leave or gives a fake name and address, then he/she can even be fined. He may also be fined for behaving in an offensive way or using any foul language when trespassing. In some situations, a security guard is allowed to ask for an identification proving that the right person is entering the premises. This can go for any licensed premises, and not only the clubs and pubs.

There is no law banning a customer from a shop, but there is no such limit on how long a ban may last, the reasons for prohibiting an individual, or how a ban can be issued. This means that the manager of a shop or a shopping centre is able to ban a customer for all types of reasons, which may include believing that the customer has been disruptive or rude.

Is a security guard allowed to search a person?

Security guards are not allowed to search a person or his possessions unless they have the person’s consent. Although it doesn’t apply if the individual is present or unconscious, this includes searching the bag or car of the individual. This may apply to the guards who may have a firm belief that they have caught a shoplifter because if the person doesn’t consent, they are not allowed to conduct a forced search.

If such a situation arises, they would have to detain the suspected shoplifter until the police officer is able to arrive and conduct a forced search legally. In some instances, searches can be done without the person’s consent.

When in a suspicious circumstance, a bag or any other type of possession is left unattended, then they have the right to search it because this can become a safety threat to the public. Suppose a person happens to be unconscious, and the security officer tries to identify him in order to help. In that case, he is permitted to search the bag for this particular purpose.

Can a security guard carry weapons?

A security guard cannot carry any weapons because they have the same rights and legal authority as the general public. This clearly means that they cannot bring any form of weapons, which may include guns, batons, pepper spray, and tasers.

What to do if an individual thinks that the security guard has done wrong?

If any individual has a problem with the security guard, it is always a good idea to ask for the full name and the identification number, as one can save it in the notes on the phone. It is also best to write about anything that can be remembered about the situation, which includes the date, time, what the individual said, and how the security guard reacted.

A person can take pictures on the phone if any injuries happen to him. Suppose one thinks that the security guard has wrongly arrested or detained him. In that case, he/she can consider suing the guard for false imprisonment, for which the individual can be compensated.

What happens when an event turns violent?

There are times when a situation becomes violent, and the security guards might be at risk, which means that it could be a clear-cut situation where the authorities need to be contacted. For instance, if an intruder happens to reach a point where he/she may become physically abusive, or if the individual is armed. It has to fall to the local law enforcement officers to intervene and prevent any loss of life or any harm to the security guards or the citizens.

Legal limitations and when should the police be called?

Whenever it looks like that the situation might turn violent or a blatant crime is in progress, it is always wise to call the proper authorities. Even if the security guard happens to make an arrest of the citizen, the police must be called so that the formal arrest can be made, and the weight of the law can be enforced if a crime has really been committed.

Contacting the local authorities is always a good idea whenever there seems to be a risk of an injury or violence in any situation. Security guards are the individuals who are trained and paid to protect the citizens, and if there is a crime committed, they are the first line of defense, or when the welfare of the private citizens is at risk. For a potentially violent situation or a serious crime, there is no doubt that local law enforcement agencies must be contacted as soon as possible so that they are able to provide protection to all the concerned people.

What are security guards not allowed to do?

The majority of guards wear body cams in order to record the evidence that they have been acting legally and within the law when they confronted the individuals. It is necessary for them to complete detailed and accurate reports following an incident. Those guards who are legally entitled to carry a firearm, for them the deployment and use of it must be proportionate to the severity of any crime involved, the safety of the individuals who are guarding, and any other people who are present in the vicinity. The following are the things that the security guards are not allowed to do.

The security guard never has the power to hold people indefinitely. One can consider a reasonable amount of time in which the police happens to arrive, and in some cases to carry out the investigations like shoplifting offense.

The security guards are restricted to improper use of handcuffs, choking, application of pain, abusive language, and discrimination.

When we look at the current laws, the security guards can legally make arrests that are based on the existing rules, but it is vital to make sure that they are aware of the legal consequences of such actions. The security guards should also be mindful that when a crime is in progress or a situation gets violent, and it is always best to contact the local authorities. They must have all the necessary tools to contact the local authorities at any time because crime may strike at a moment’s notice. 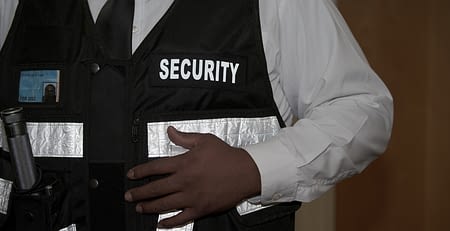 Site Guards DutiesIt’s important for your premises to be properly secured, which means that you need the right guards...

Bristol Security guards have been manning The Bearpit 24-hours a day since it was put on lockdown by council....